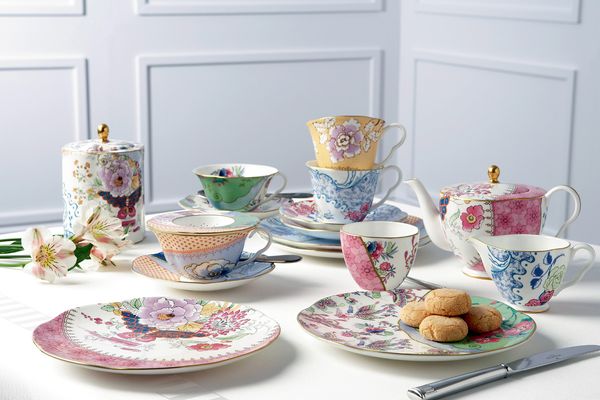 Wedgwood china has been an international symbol for the highest standards of design, craftsmanship and quality since production began in 1759, when a young, ambitious potter by the name of Josiah Wedgwood opened independent pottery in Burslem, Staffordshire.

The History of Wedgwood Pottery & China

Wedgwood was passionate about his products, which led to hundreds of experiments to try to improve his offering. These creative pursuits eventually led to the creation of the pyrometer; a device used for measuring higher temperatures in kilns.

During his tenure, Josiah created the popular Jasperware and Black Balsalt, as well as employing the pre-eminent designers of the day such as Lady Elizabeth Templetown, John Flaxman and George Stubbs.

Josiah’s last ceramic creation of note was 1789’s Portland Vase, a copy of the famous Roman glass vase known as the Barberini.

In 1790 his three sons John, Josiah II and Thomas, along with his nephew Thomas Byerley joined the business, although it was Josiah II who eventually took up the mantle from his father.

The 19th century saw the creation of the first coloured earthenware and the manufacture of Wedgwood bone china. Wedgwood even provided a bone china dinner set for the US president Theodore Roosevelt for use in the White House.

During the 1930s, the fifth Josiah Wedgwood invested in the creation of a highly modern, purpose-built factory at Barlaston in Stoke-on-Trent. But it wasn’t until the 1950s that the factory was finally finished and in full production, due to the interruption of the Second World War.

Between the 1960s and the 1980s, Wedgwood pottery experienced unprecedented growth with the acquisition of some of the most well-known names in the British ceramic industry. The famous names of Susie Cooper, Adams, Johnson Brothers, Minton, Meakin and Masons all became part of the Wedgwood group.  Then in 1989 Wedgwood and Waterford Crystal merged bringing together the best in fine china and cut crystal tableware.

Many of our customers and indeed, many people across the globe still hold a deep love of the Wedgwood china from this time, such as the Countryware, Mirabelle and Candlelight ranges, which are still regularly used by many.

The heritage of Wedgwood has been preserved at the World of Wedgwood Meuseum which opened in Barlaston in 2015. Their vast pottery collection not only tells the Wedgwood story but is also a compelling account of British industrial, social and design history.

Today Wedgwood is a member of the Fiskars family, along with other famous brands such as Royal Doulton. Classic patterns such as Wild Strawberry and Sarah’s Garden are still in production as well more contemporary designs after fruitful collaborations with world-renowned designers Vera Wang and Jasper Conran.

Browse our many Wedgwood replacement china patterns - buy online or by phone or register for a free no obligation search.

Peter Rabbit - For Your Christening