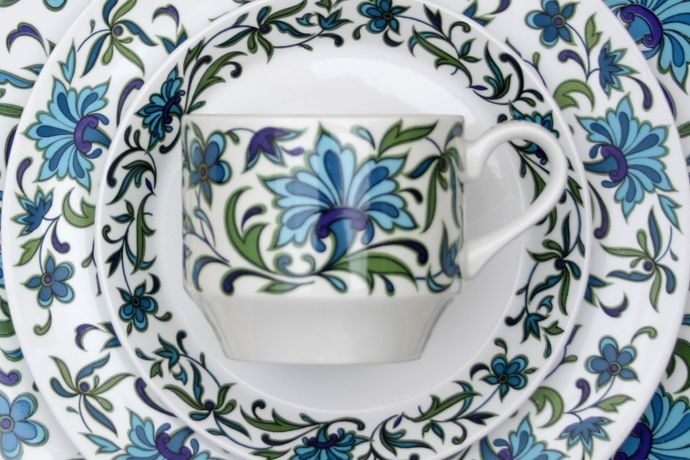 Midwinter pottery was originally founded in 1910 by William Robinson Midwinter in Stoke on Trent. It became one of England's largest potteries by the late 1930s, and it's Stylecraft collection influenced British design during the 50s as the public had a taste for new designs fuelled by the successful Festival of Britain Exhibition in 1951. The designs led a revolution during the 1950s, 60s and 70s which these days would be highly-prized and considered retro.

In order to stay ahead of the game and their competitors, Roy Midwinter decided to encourage design talent from in and outside of the firm, new designers included Terence Conran who produced a design showcasing the famous three legged plant pot holder with contemporary patterns, Peter Scott and Hugh Casson whose Riviera / Cannes design became one of the company's longest runs.

The company became a part of the Wedgwood group in 1970 and ceased manufacturing for good in 1987.