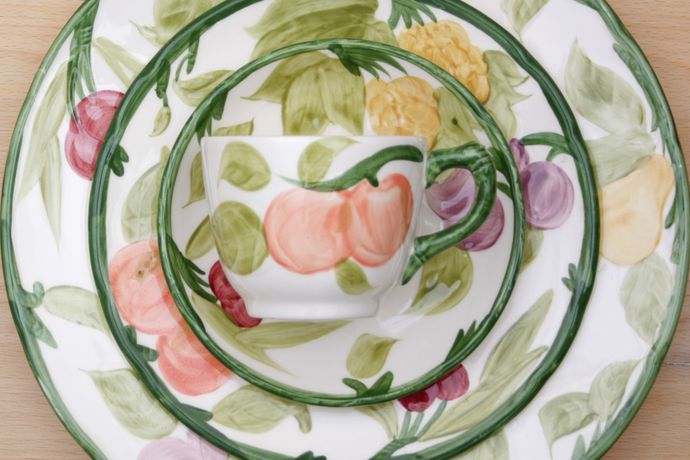 Miles Mason began his career in 1796 as a china importer; at a time when Europe was actively trading with many Oriental countries. The Orient was incredibly effective at producing quality china with wonderfully intricate designs, which became popular throughout Europe.

As china production became more and more influential, Mason decided to leave his comfortable position and establish his own porcelain production factory.

During his work as a china importer, Mason was incredibly wealthy, and he used his own capital to open a pottery factory at Lane Delph in Fenton, Staffordshire.

In 1806, Mason’s factory officially began production under the assumed name of the Minerva Works. The three Mason sons soon came in to manage the day-to-day production, which is why the factory soon became known simply as ‘Masons’.

The earliest products were heavily influenced by Miles’ background working with Oriental porcelain.

In 1813, Charles James Mason – the youngest son – received a patent for ironstone china. This hardened earthenware was used extensively in the production of china, as well as for industrial uses such as flooring, furnaces and fireplaces.

Due to its extraordinary endurance, ironstone became the most successful product produced at the Minerva Works. It wasn’t long before the Mason name spread throughout England and Europe and the company entered a period of substantial growth. This was reinforced by the fact that Charles married Sarah Spode, the granddaughter of the great Josiah Spode. As a result, the Minerva Works acquired a second factory operated by the Spode family.

By the 1820s, the ironstone products were exceptionally diverse; reflecting their Oriental background as well as many Italian and English landscapes.

In 1969, the company was renamed as Mason’s Ironstone Ltd and began to reproduce many of its previously successful designs, such as Vista, Denmark Blue, Christmas Village, Regency-Plantation Colonial and Mandalay.

These designs marry the simple elegance of Eastern design with the vivid, bright colours of English art.

In 1973, in a similar fashion to many of their contemporaries, the Mason named merged with the Wedgwood Group, but unfortunately closed its doors for good in 2000.

Browse our many Masons replacement china patterns - buy online or by phone or register for a free no obligation search.