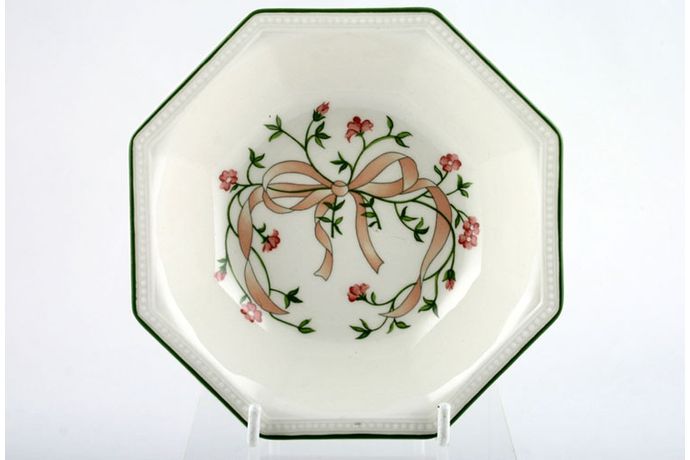 Johnson Brothers pottery was one of the most successful Staffordshire potteries, importing many of their tableware products across the pond to the United States, doing so successfully for seven decades from the 1890s to the 1960s.

Some of the designs are amongst some of the most popular patterns ever created in the industry and are still beloved to this day.

The name of the company is taken from the names of the founders; the four Johnson Brothers, Alfred, Frederick, Henry and Robert.

In 1883, Frederick and Alfred started production in a disused pottery, known as the Charles Street Works, which they had acquired from a bankruptcy sale in Stoke-on-Trent.

Initially, the company focused on manufacturing durable earthenware products, which they dubbed ‘White Granite’. The success of this initial venture led to rapid progress, and in 1888 they were joined by Henry Johnson, followed a decade later by Robert Johnson.

Success in the American Markets

Having established a reputation for producing high-quality everyday ‘whiteware’, the business was able to further develop semi-porcelain, a range of pottery products, with the finesse of fine china, but the robust durability of ironstone ware.

Due to the low cost and longevity of these products, they soon became very popular in the States. And over the course of the next seven years, the company expanded with three new potteries – Hanley, Alexander and Imperial Works Pottery. In 1896, the Trent Sanitary Works was also opened for the production of non-tableware products, and Alfred Johnson left the business to establish his own pottery venture.

By 1898, Robert Johnson had relocated to New York to manage Johnson Brothers expansion in the North American market.

Johnson Brothers continued to grow during the first half of the twentieth century, thanks to the introduction of some of the companies most popular patterns, including Dawn in 1918, Old Britain Castles in 1930 and Historic America in 1938.

The post-war period saw significant investments in equipment and facilities in the UK, Canada and Australia, which were used for decorating, glazing and firing better products.

Johnson Brothers gained Royal Warrants from both Her Majesty and the Queen Mother, not to mention two Queen’s Award to Industry for services to the British economy.

Despite earlier accolades, the 1960s saw a huge change in popular taste, competition and increased production costs prevented further expansion, and the company was acquired the Wedgwood Group in 1968.

Despite the company’s difficulties, the Wedgwood years saw the production of some enduring patterns such as Indies, Summerfields, the Heritage range and the most popular earthenware range ever made – Eternal Beau.

Browse our many Johnson Brothers replacement china patterns - buy online or by phone or register for a free no obligation search.

Castle on the Lake - Blue

Castle on the Lake - Brown

Castle on the Lake - Pink

Corn on the Cob