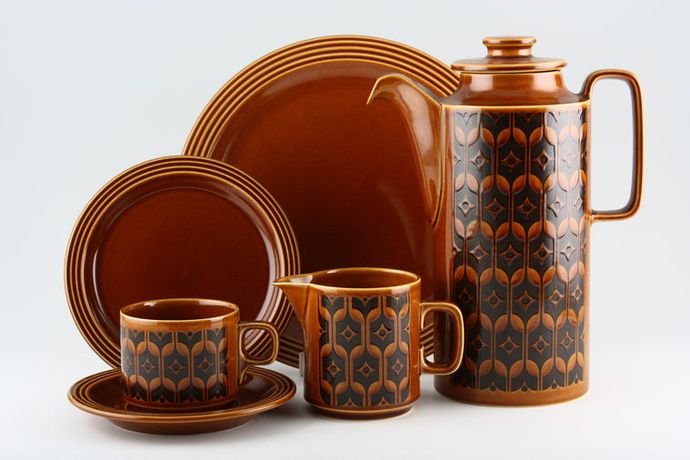 Hornsea pottery was located in the East Riding of Yorkshire, and was founded in 1949. In the beginning stages, Hornsea's designs were the epitome of popular, contemporary ceramics. The designers, Martin Hunt and John Clappison, won awards and they were extremely popular and in demand. In the mid 1950s, there was significant interest in John Clappison, a student at Hull College of Art who creatively produced stylish and contemporary elegance range of wares which are in high demand.

By 1967, Hornsea were producing full ranges of tableware. The first was the John Clappison designed Heirloom, then his Saffron and Bronte patterns. The Saffron feautred a caramel coloured pattern, with brown and orange accents. Sadley no longer made, it is these patterns which we remeber and still love today.

We stock an extensive range of Hornsea china products to suit homes of all tastes and styles.

War Of The Roses