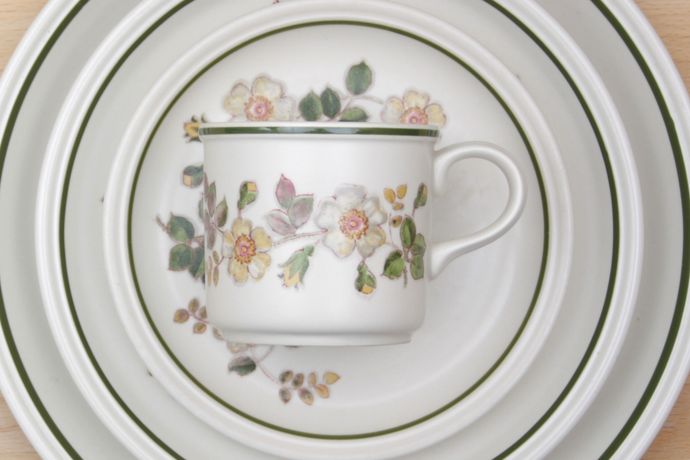 Marks and Spencer china was made under their St Michael brand, which produced casual and formal tableware, much of which in conjunction with Royal Doulton, for the high-street market.

The St Michael name, which produced all of the Marks and Spencer tableware, became synonymous with stylish designs and enduring quality and could be found on everything from china to clothing. The brand was dropped in the late 90s as part of the company’s image rebrand as M&S.

Have a look at our Marks & Spencer Teapots.

M&S is a British institution, dedicated to selling its own wares whereas, worked with many of the great British china and pottery brands to create collections which would be sold under St Michael. These china sets are a part of their, and thus Britain's, heritage. St Michael china sets come in a variety styles, including floral and bold colours, as well as some novelty pieces such as the Battenberg teatime china set.