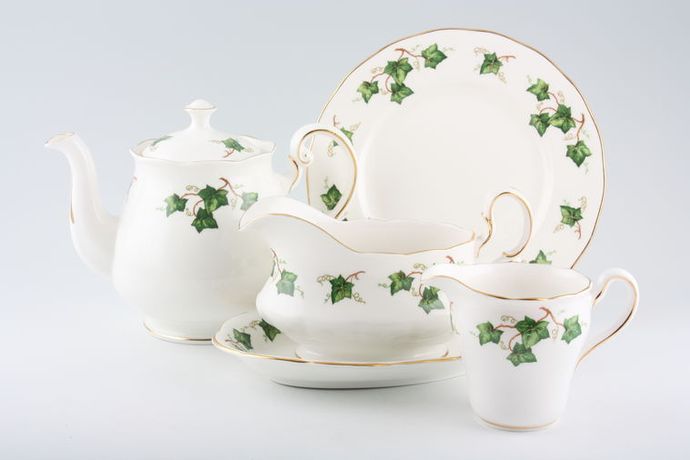 Colclough China was founded in 1890 by Herbert Joseph Colclough. In 1913, he was visited by King George V and Queen Mary, who gave royal license for Colclough to produce Royal Vale china. Due to the reputation that the company created for itself, the name was used well into the 1970s by successive companies.

In the early 1930s, this particular range was growing rapdily, and they started to also produce tea and dinnerware that is still sought after today. Their fine bone china bought refinement to the every day . Colclough china features some of the most beautiful designs and patterns and we're not surprised why people have a lot of love for them. If you're looking to replace or start collecting Colcough china, explore our range in full below or call us to order over the phone.

Colclough became a part of the Royal Doulton Family in the 1970s. However production was discontinued, and manufacturing ceased in 1996.

Lily of the Valley